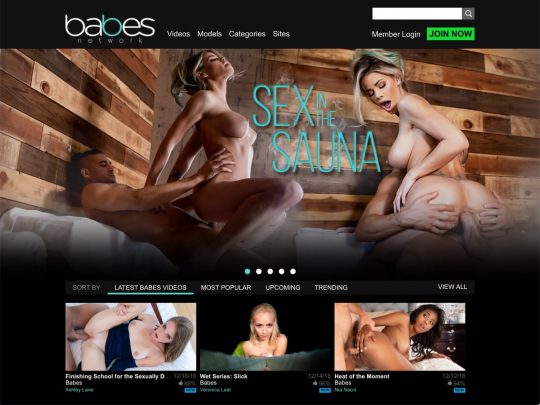 The Babes.com site design itself is also classy, and the user interface has many benefits. It is possible to browse the entire network on any one of the sites within the network. You can also sort movies by genre and by the number and gender of the people in the films. It is easy to find the newest updates, and the website even offers a sneak peek at the movie that is going to be released soon. The video collection of these babes is in high definition, and VIP members can download the content.