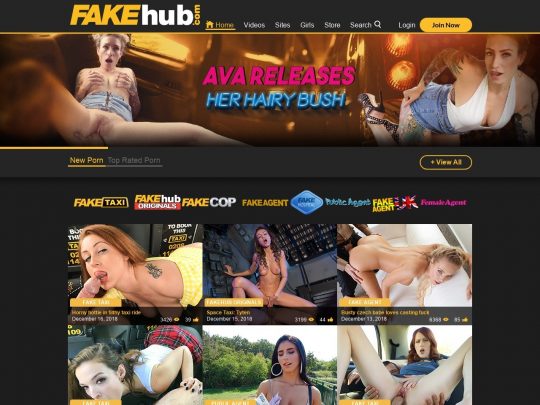 Fake Hub is a great porn network that is not full of fake videos, but full of reality scenarios resulting in people faking who they are. This all leads to some super hot situations. There is Fake Agent, in which hot girls think they are going to get a spot in a movie or a music video, but it turns out the agent just wants to fuck them. Fake Agent UK, Female Agent and Public Agent are similar ideas to FakeHub with a twist. There is also Fake Hospital where the only affliction that the doctors are qualified to treat is horniness. Fake Taxi sees guys driving around in cars picking up chicks and giving them the dicking of their lives, and Fake Cop has people who will put you in handcuffs more for sexual purposes than anything else. Watch the hardcore fucking and see the great acting!

Unfortunately, the site has no pictures or screengrabs, so those who like to view still images may be disappointed, but that’s such a small factor to consider that most people don’t care and they get access anyways. Try it now.