Unfortunately, FKBae looks to be a pretty low-effort website that might not even have had too many human hands working on it as a lot of the content could’ve been automatically scraped and populated by bots. And, that could be overlooked for a brand new site, but FKBae has been live for over 3 ½ months now.

Kicking things off, FKBae doesn’t have a user interface so bad that’s non-functional, but it does most of the other things going into it poorly. Though on a positive note, at least the site uses large thumbnails with clear descriptive text to give you a better idea of what each video link contains, but that’s about all that can be said for it. 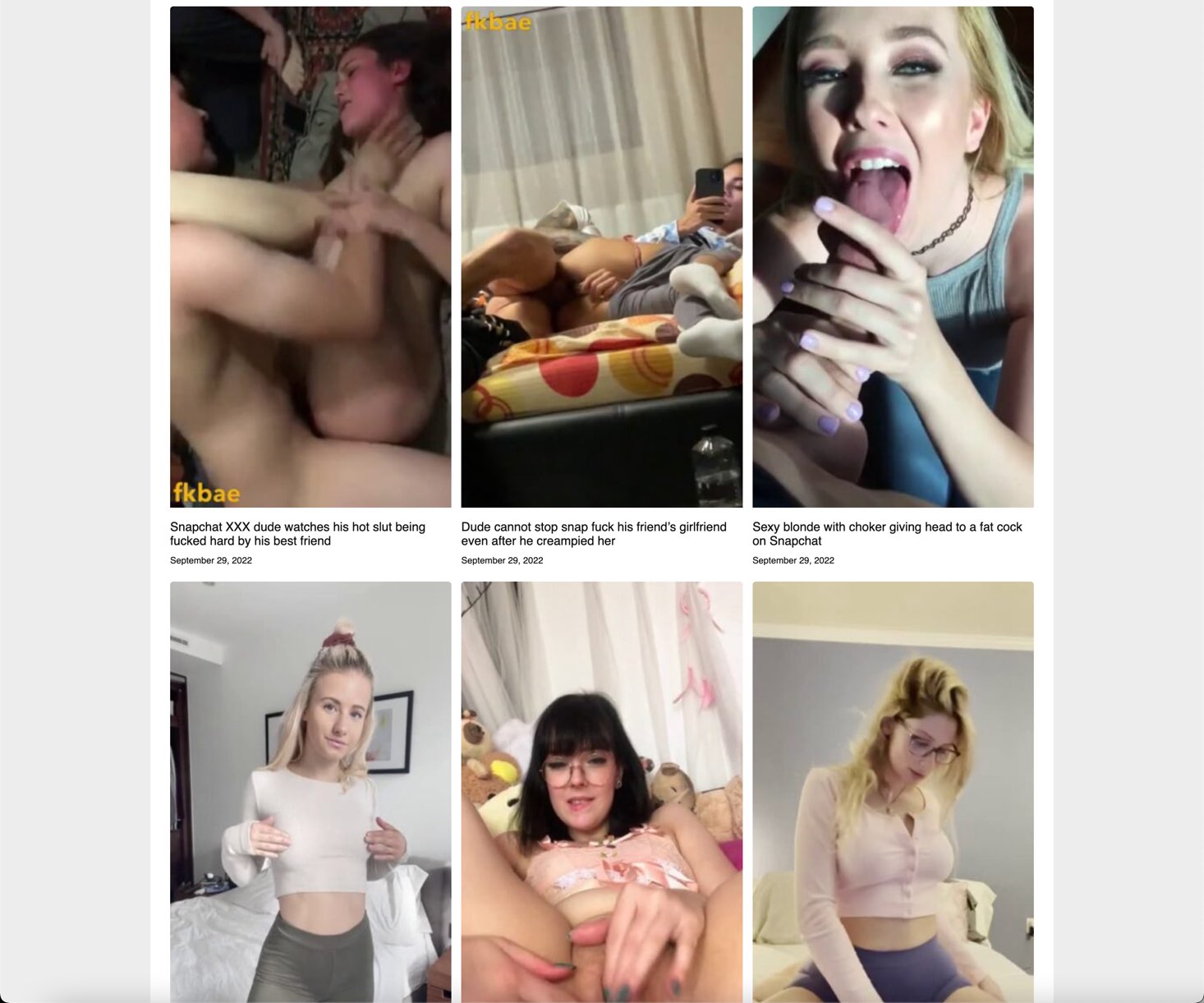 The header and footer navigation bars aren’t “bad,” but they’re a bit…extensive in a way you don’t normally see. It’s not necessarily terrible, but it also feels like an unnecessary chunk that could’ve been better organized on its own page. That said, the header bar has a drop-down menu with the site’s categories.

However, there’s no getting around the fact that FKBae’s blinding white background can be uncomfortably bright and ruins the mood. But, arguably, the worst aspect of FKBae’s user interface is its use of the infinite scroll page feature. Granted, some people might appreciate this quality.

FKBae at least has something of a “standard” indexing system with a lot of the categories that you’d normally expect to find. Unfortunately, you can only judge half of the quality of an indexing system on its completeness– the other half you have to judge on its execution, and FKBae could improve in that respect.

FKBae has an extremely sparse application of its indexing system to an almost ridiculous point. For starters, each video usually only gets a single tag– regardless of how many tags might otherwise apply. Aside from how limiting this can make FKBae’s indexing system, it means that a lot of the tags occur as much due to popularity as they do accuracy.

If a video includes more than one niche, the more popular niche will most likely get the tag. This can make it particularly difficult to identify videos of uncommon niches. What’s odd is that you often have a better chance just using the search function to find a keyword in the title than you do relying on the indexing system… 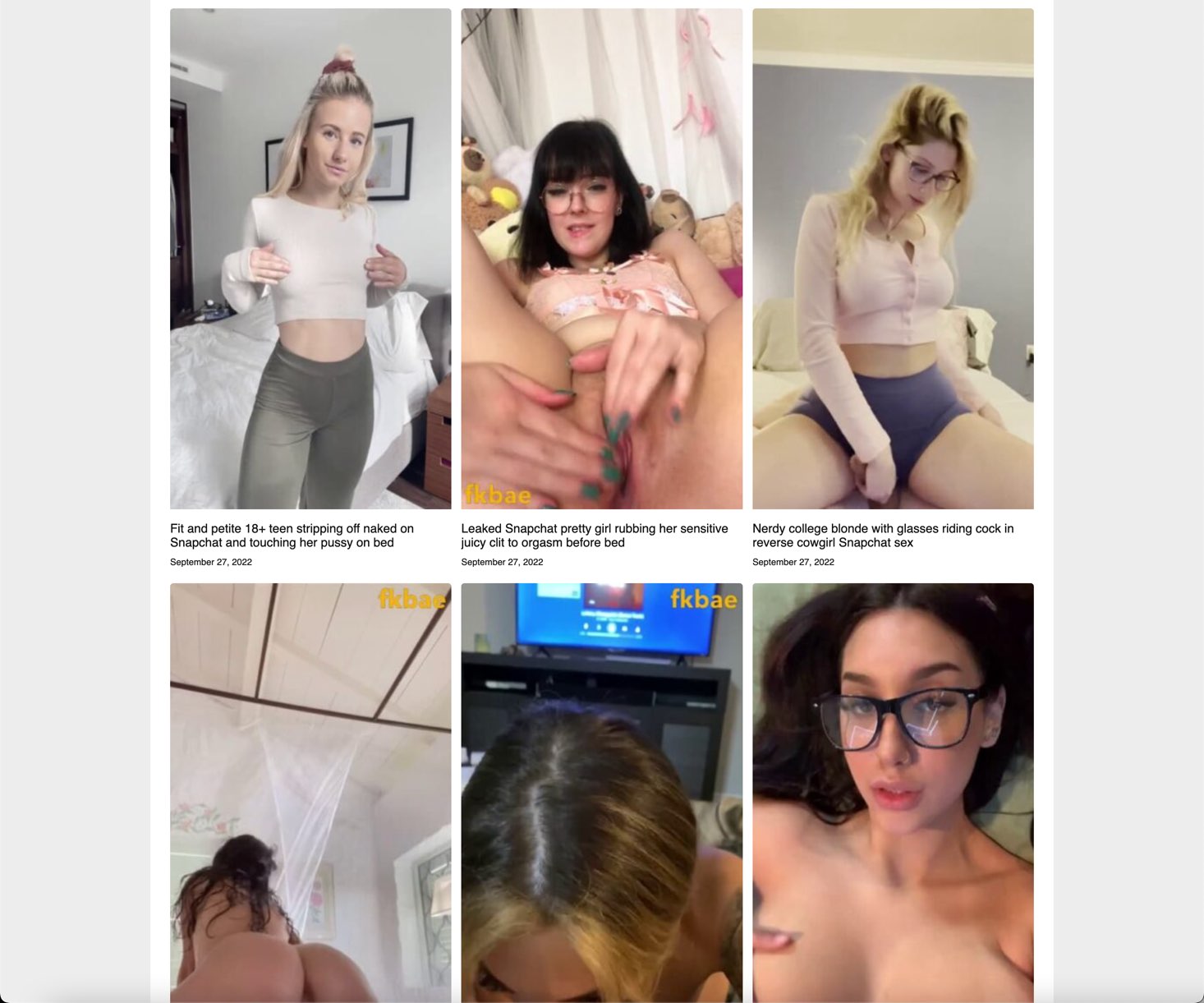 Finally, something that you don’t need to hem and haw about– an unequivocally good aspect. Granted, there aren’t too many instances when FKBae’s content would reasonably cause these sorts of problems. Still, it’s nice– if not necessary– to see FKBae nail the landing on at least one thing.

For starters, the connectivity is about as good as you can get with only the most minor of hiccups here and there. After extensive stress testing, not once did FKBae’s video player outright crash. In fact, beyond occasionally taking more than a few seconds to catch up, it never even fell into an endless loading loop.

And, while the inconsistent content quality may limit the HD offering in its own right, it’s also worth noting that FKBae’s video player doesn’t have any feature to change the resolution. That said, the video player allows you to adjust the playback speed and even includes a rewind button that jumps back ten seconds.

Well, FKBae earns a big “oof” when you look at it from the top down due to missing the mark in so many different ways. It’s kind of hard to see a larger plan with the site, though the fact that it’s still going “strong” three years later means that it, at least, has some staying power and might turn things around…

Still, FKBae doesn’t seem to be in any kind of hurry to improve itself– especially judging by the size of its catalog which is smaller and updates sporadically. That said, FKBae at least has the pillar of a great connection with a solid video player to build on and provide the basis for a good site– eventually…