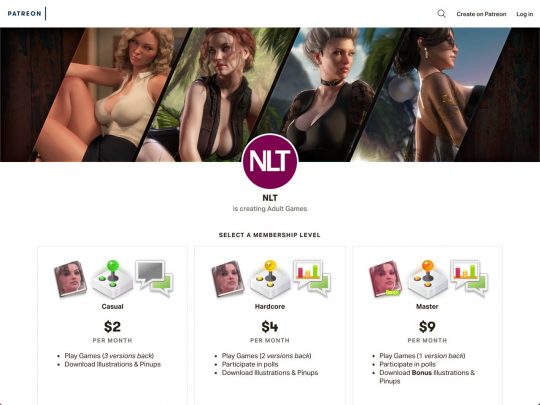 Lust Epidemic is a really fun porn game by NLT that you can play for free anytime you want. The full and up to date version of the game is only available to Patrons, but anyone can get a slightly older version for no charge. It’s really well written and the dialogue is actually voiced. It’s an independent game that’s been getting produced for a while. There are constant updates and even some DLC for members to play. The sex scenes are animated and there’s more than enough gameplay to actually get to them. It’s a great mix of sex and game.

The whole thing starts with whispers of the lust epidemic. It turns out that the people of your town are fucking each other so much that they’re all starting to go crazy. That sounds like it would be great, except your character isn’t part of it. No matter how much sex everyone around you craves, they’re never interested in having it with you. That all begins to change when you get trapped in an empty high school during a storm. It’s just you, your best friend’s hot wife, a reporter, and a sexy nun to start things off. Will you be able to finally get in on the action and lose your virginity? Will you be able to stop the epidemic? It’s all up to you and you’ll have to play the game to find out.

The Lust Epidemic by NLT on Pateon game works really well, no matter which version you play. There’s plenty to explore and they really don’t skimp on the gameplay here. There’s more than enough of it. In fact, you won’t be getting to the sex for a while. It’s a great blend of both gameplay and sex scenes, which are animated and voiced. It’s a great game for everyone to check out.