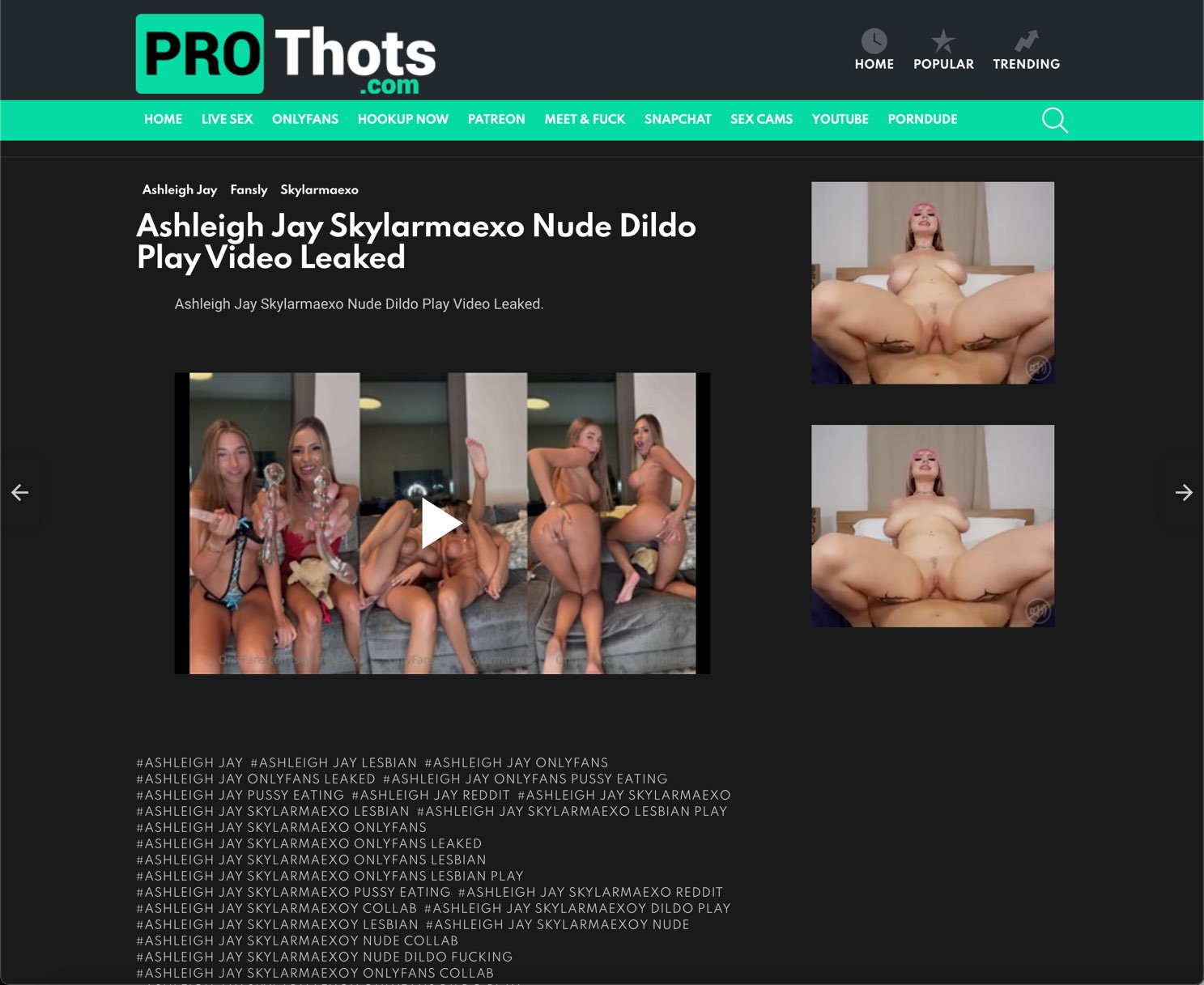 With ProThots, its user interface hits all of the right marks, keeping a fairly clean web page design with only a header bar “cluttering” up the page. However, one thing that ProThots does right where a lot of similar sites get wrong is by grouping the content into numbered pages.

Sure, this might require pressing more buttons when compared to an infinite scrolling page, but this design makes it infinitely easier to find something again after clicking past it initially. Even better, you don’t have to worry about a bright white background disturbing your comfort or privacy when trying to fap. 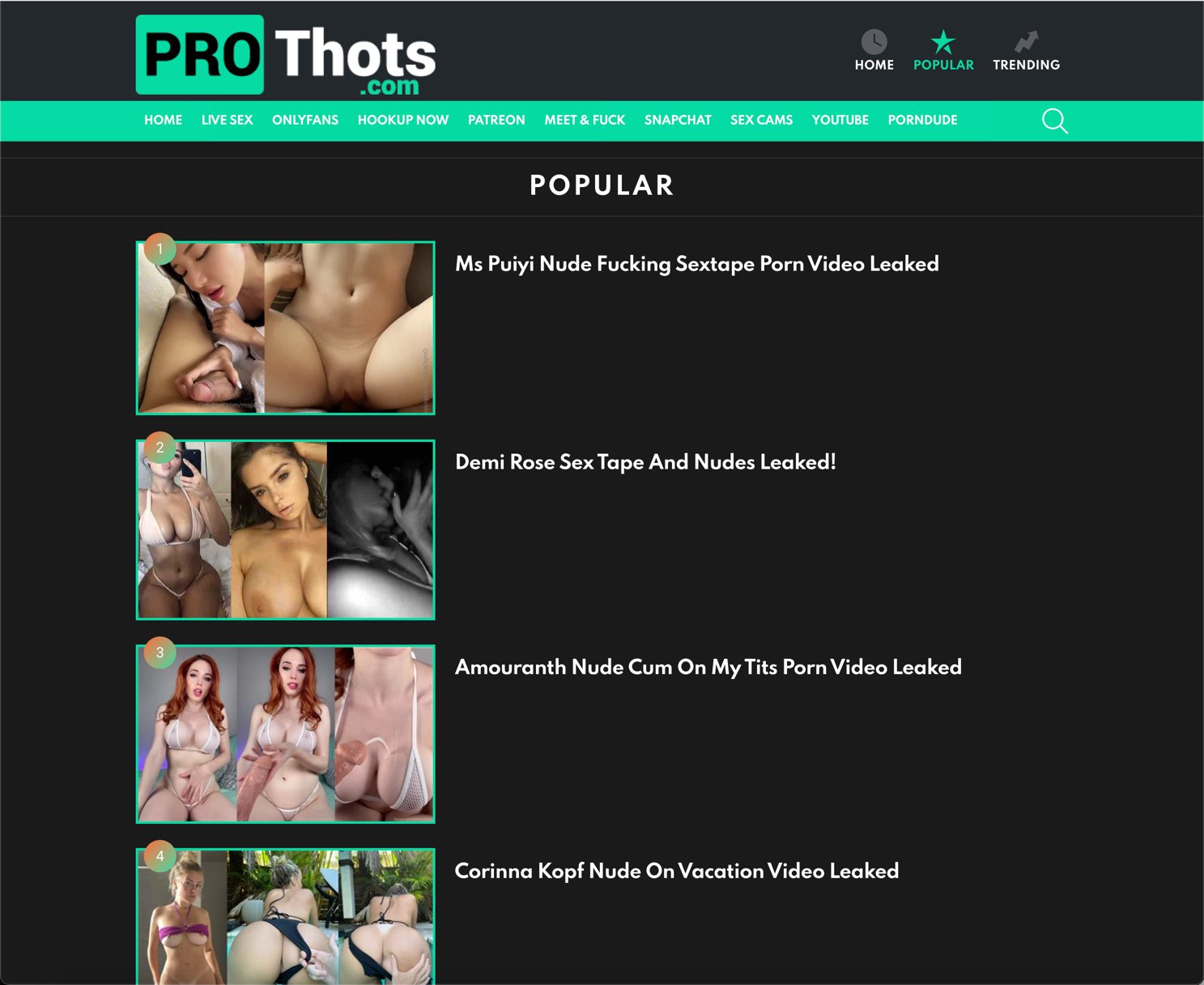 Sure, if you’re looking for more content from that specific model, then this system works well enough (depending on how well the uploader tagged the video in question). But, if you’re looking for videos based on a common tag or category, you may as well flip a coin. And, even if you find a category tag, it won’t be backlinked to all of the content that it should. 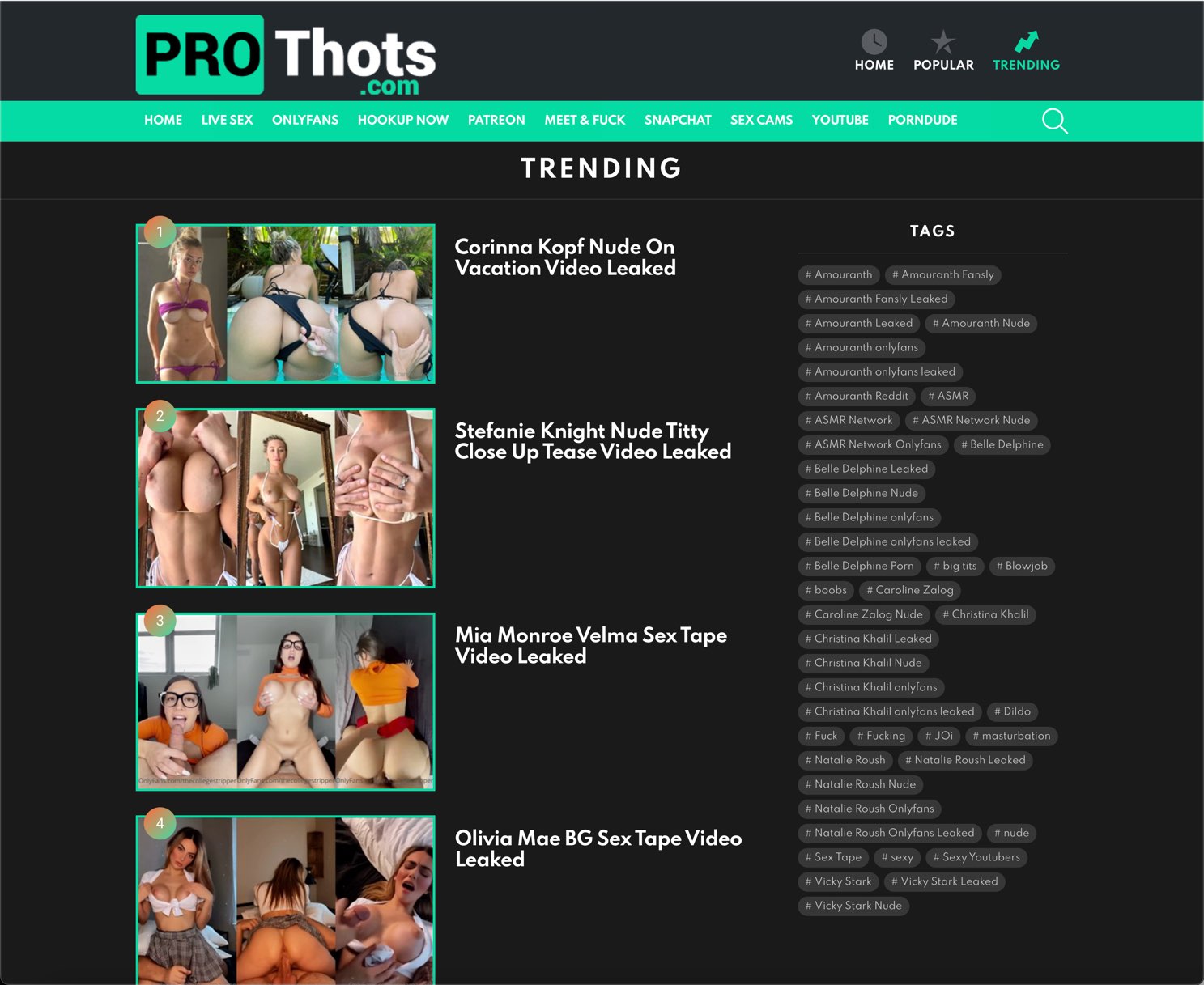 Then some amateurs spontaneously screw in front of a potato cam and throw the feed up live… ProThots makes it a point to accrue as many of the first type as possible and leave the low-effort videos for other sites. This means you can expect to find videos from favorites like Amouranth, Belle Delphine, and others.

ProThots, on the other hand, provides the entire video– not just a free teaser you could find virtually anywhere anyway. Another great quality of ProThot’s content comes in the form of its video quality.

Since a lot of this stuff happens behind the scenes, it’s not always easy to tell what a video’s resolution is ahead of time (especially for newer sites that often take what they can get.) Still, it’s worth remembering that the models ultimately determine the resolution and don’t always film in HD.

So…as good of a job as ProThots does, it should be taken with the grain of salt that ProThots is still pretty new. With only about four years of operation, you should expect that there are still plenty of ways that the site can improve. Probably the biggest way that ProThots can improve is by increasing its catalog.

So long as you aren’t that picky, ProThots likely has more than enough content to keep you fapping– with new content regularly added. However, with under 5000 videos total, if you want something a bit more specific or from a particular model, you’re probably going to be limited with your options.

While the user interface might be good, ProThots especially shines with its connectivity, using a player that might have some limitations but is far more reliable than it has any right to be. To be clear, ProThots’ video player didn’t crash or fall into an endless loading loop during extensive testing– not once.