Don’t let the, merely, “above average” score fool you: RedGIFs is a solid site that does everything you would want it to do– within reason– at least, capably. While there are still plenty of areas that could stand to improve, RedGIFs doesn’t suffer from any major flaws, and its score reflects this reality. 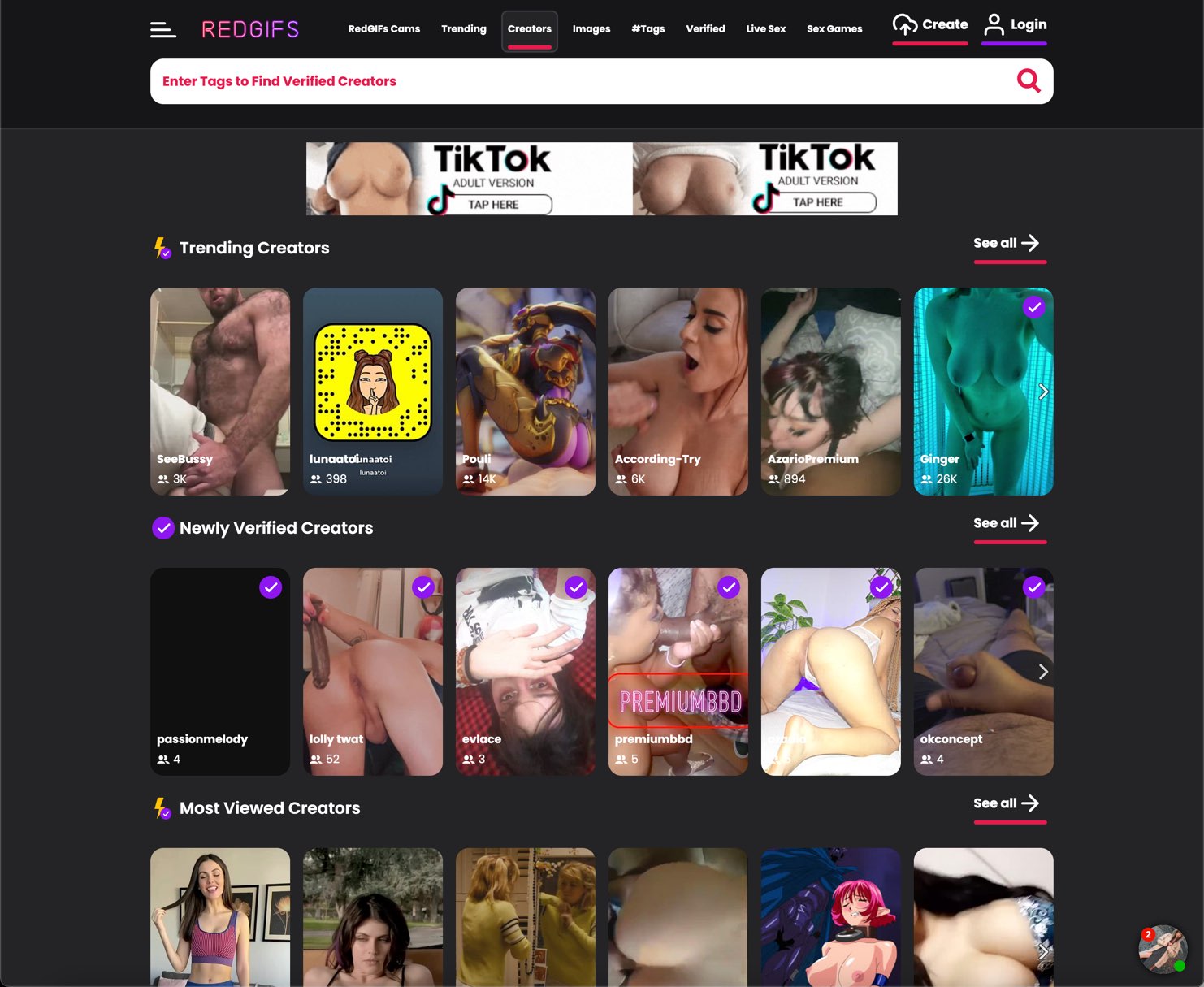 As an opener, RedGIFs starts things off on a positive note by providing a comfortable black background, so you don’t have to worry about a bright shining light beaming from the screen. While this might seem like a no-brainer in this day and age, you’d be surprised how many websites still stumble out of the gates.

Of course, the modest ding the RedGIFs’ user interface receives comes due to the rest of the web pages’ design. Keep in mind that this isn’t necessarily an unequivocally bad thing, but it’s non-standard (even internally) which can take a minute to get used to. On top of that, it’s not ideal for intently searching.

Each non-video page, whether the homepage or not, features a series of thumbnails that showcase one of RedGIFs’ videos. Unfortunately, while the thumbnail is large and uses a high-quality resolution, RedGIFs uses different sizes of thumbnails which tend to lack identifying text– like Pinterest or other image boards.

For one, the sheer list of searchable and indexed tags is pretty daunting, though part of this comes as a consequence of user generation. For instance, a significant portion of the content on RedGIFs is user-generated, which means user-generated tags. Depending on the user, they might add a tag that literally no one else will use– but it’s still added to the list.

However, not everything is peaches and cream with this aspect as, because average users upload so much of the content, you’re pretty much reliant on them to tag everything. While videos generally boast most of the appropriate tags, there will often be some missing– especially when it comes to the models.

It Takes All Kinds 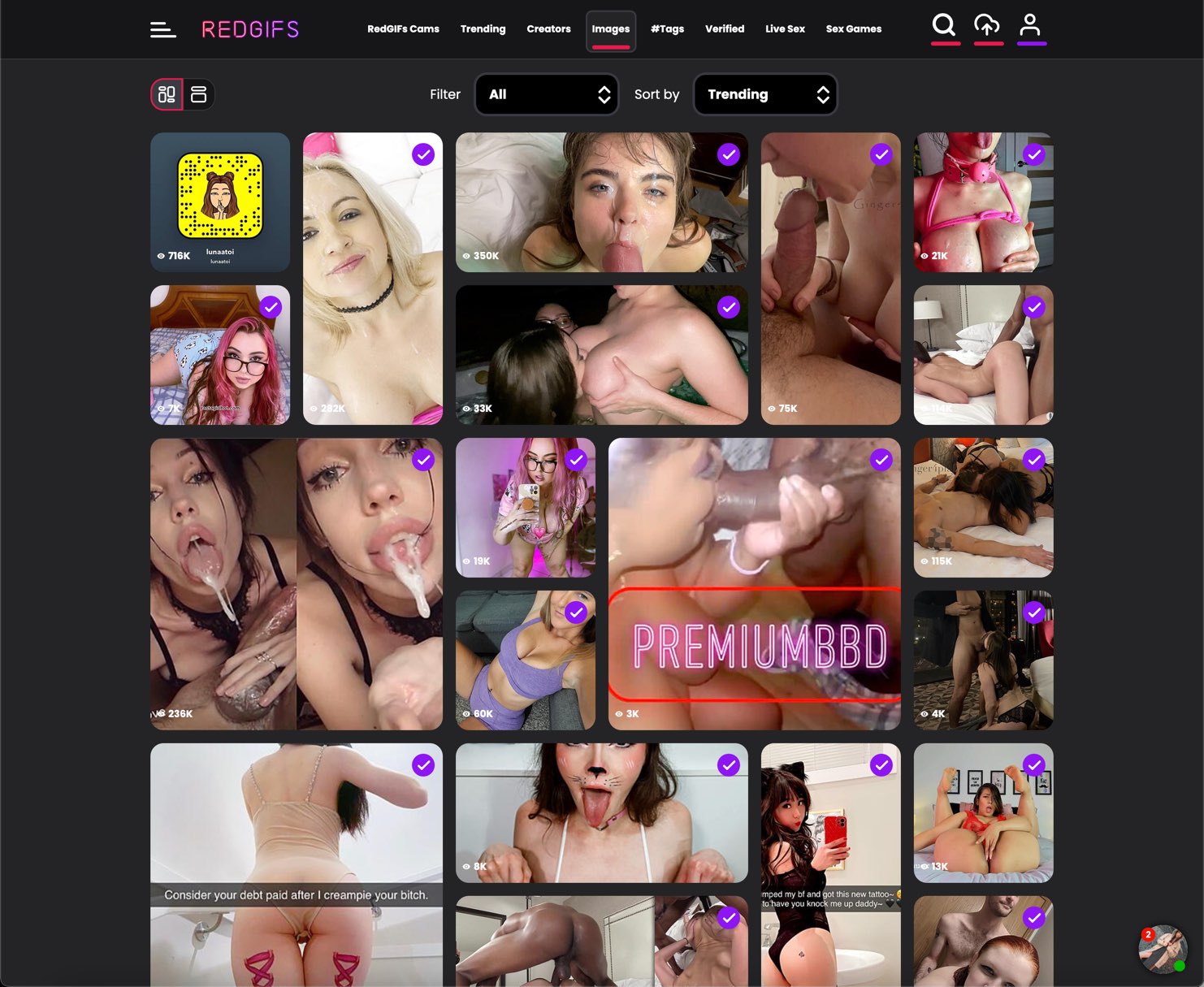 Likewise, if you prefer the sense of intimacy and parasocial relationship provided by smaller amateur stars, RedGIFs provides for those needs too. As if that weren’t good enough, a lot of the videos posted to RedGIFs feature both an SD and an HD version– though why you’d bother with the SD version here of all places confounds…

Haven’t I Seen You Before?

Keep in mind that, even for people who prefer clip content that skips right to the “good parts,” those videos still generally run at least five minutes and usually closer to ten minutes. Unfortunately, as the site’s name implies, all of the content on RedGIFs comes in GIF format and, as such, doesn’t run longer than maybe a minute.

And, while the length of the videos is its own potential issue that will dissuade many people from sticking around, it’s not even the only problem. As mentioned prior, a lot of RedGIFs’ content comes in both SD and HD resolutions, but arguably just as much only comes in SD resolution– especially the content produced by amateurs on smart devices.

When you visit a GIF site (whether NSFW or otherwise), you generally don’t expect much from the video player. GIFs tend to run for a minute or less, so how good of a video player do you really need? Well, RedGIFs took that question to heart and not only offers excellent connectivity but a rock-solid video player as well. 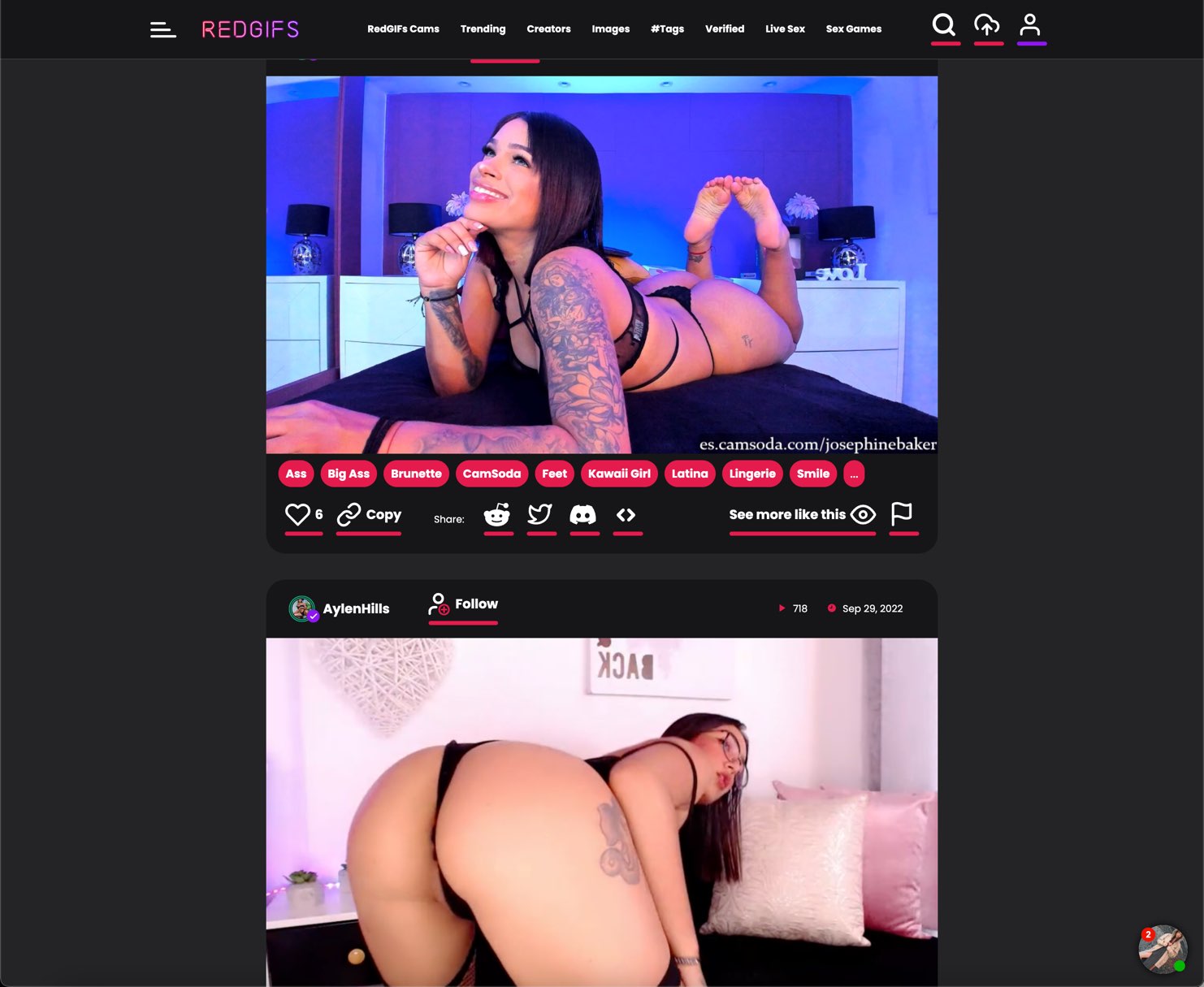 For one, this video player boasts far more controls than most people would expect from a GIF player like the option to mute/unmute or change between resolutions. However, RedGIF, as a common source site, takes this one step further and even makes it incredibly easy to share or embed a GIF right from the video player.

However, if you choose to give RedGIFs a genuine go, you likely won’t be disappointed as its backend development sits almost on par with its stellar front end. Whether you want to find the best professional clips from your favorite movie or uncover your next amateur obsession, RedGIFs provides.